The Perinatology Research Branch (PRB) is the only Clinical Branch in the Division of Intramural Research (DIR) of the National Institutes of Health (NIH) to focus its research on human pregnancy and unborn children. It is currently housed at the Detroit Medical Center in Detroit, Michigan through a service contract. The Branch has thrived in this environment, earning a national and international reputation for its pioneering work and scientific achievements. Using a multidisciplinary approach to study pregnancy complications, the Branch is publishing an average of over 50 peer-reviewed papers per year. High-throughput technologies such as RNA-Seq, proteomics, methylomics and other are at the foundation of the Branch’s research activities.

Bogdan Done holds a Ph.D. degree in Bioinformatics. He is currently one of the five members of the Bioinformatics and Computational Biology Unit, – Perinatal Research Initiative in Support of the Perinatology Research Branch. This group provides bioinformatics services and support to the PRB. 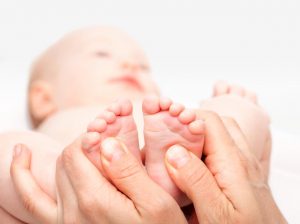 Bogdan states that the department does many biological experiments aiming at understanding various phenomena involved in the great obstetrical syndromes. One of the fundamental steps in any such experiment is to understand the underlying biological phenomena. This in turn includes pathway analysis, the identification of putative mechanisms, identification of upstream regulators, and understanding the effect of various drugs or other chemical substances. Previous to the use of Advaita’s iPathwayGuide, the department was using custom code written in R, as well as many Bioconductor packages. While his group still uses Bioconductor and custom software, many of the routine analysis steps that are performed for most experiments have now been replaced by iPathwayGuide.

Bogdan says: “I’m uploading the data to iPathwayGuide which is performing the analysis. I then share the results with the actual people doing the research. They like the results because it’s like a one-way stop for various types of analyses and automatically generates many useful charts and graphs. So for instance, they have beautiful results for the Gene Ontology analysis or the KEGG pathways analysis. They can browse those results and quickly reach the biological conclusions that can be drawn from that experiment. This is the main attraction. The fact that they have all the results in one place and they have all the charts and graphs there as well.”. He adds that the unique analytical capabilities of iPathwayGuide and the very comprehensive reports generated are the main reasons that they began using the product. 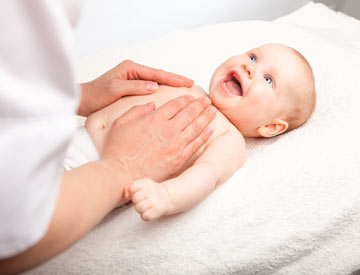 Bogdan also makes use of the product’s application programming interface (API). He says: “When we have many comparisons, so let’s say in situations we have like over 20 comparisons for one study, then we launched them in a batch. This is very useful because I can submit them programmatically using the API instead of setting everything manually.” This saves a great deal of time and dramatically increases the productivity of our group.

The Perinatology Research Branch publishes over 100 papers per year and iPathwayGuide is essential to this publication process. Many analyses, reports and graphs come directly from the product. Bogdan had previous experience with iPathwayGuide before joining the department, so he did not require much training or support from Advaita. He goes on to say that he gets many positive comments from researchers in the lab about Advaita and iPathwayGuide. He strongly believes that the product helped improve the quality of the research, increased the productivity and shortened the time frame for that research.