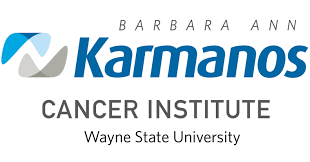 To receive the “comprehensive” NCI designation, an institution must demonstrate expertise in research, laboratory, clinical, and

Wei Chen graduated from the University of Michigan with a Ph.D. in Biostatistics. She works in the Biostatistics and Bioinformatics Core of the Karmanos Cancer Institute, which is also affiliated with Wayne State University. She also has an academic appointment in the Department of Oncology, School of Medicine. She has been in this Core since 2006.

She became familiar with Advaita through a past project that she was involved with and collaborated with the founder of Advaita. She says: “We both collaborated with the same investigator. That was many, many years ago when I first joined this institution. So, I came to know Dr. Draghici very well. I know he published books and I know he’s very good at doing computational work in this area. He is a recognized expert in the field. After a presentation that he gave to the Core members, we realized that iPathwayGuide is something that could be useful for our core because our core is quite heavy on the statistics expertise but needed help on the bioinformatics aspects. So, Advaita was a good fit and a strong need.” 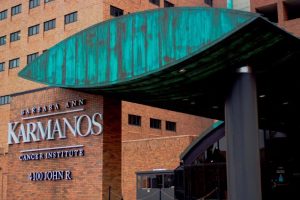 Wei’s submits dozens of research proposals every year and she is involved in many other existing projects. Her Core supports the approximately 300 scientific members in the Karmanos Cancer Institute. These investigators include basic scientists, clinicians and epidemiologists who come with very diverse backgrounds and training. Wei and her colleagues in the core help them design their experiments, as well as analyze their data. The ultimate goal of most experiments is to understand the underlying biological phenomena. She says: “Investigators are always interested in knowing what the gene functions are, and what pathways are involved. Bioinformatics provides that component. That is the essence of the bioinformatics work in the Core. Most of us are trained as PhDs in statistics. But we need support in bioinformatics and that is what we use iPathwayGuide for.”

Wei says that the best part of iPathwayGuide is the quality of the output and the way it presents data to researchers. She adds: “I like the quality of the reports – the analytics are very sophisticated. And our investigators also like that the format, the form, and the presentation of the report in terms of a content. The product tells a story about the data and results.” Wei also mentions that as a statistician and not a life scientist, she cannot judge the outcomes and the conclusion of an experiment from a life science perspective. This is why she appreciates that the full results are easily shared with the life science investigators, who can perform additional queries specific to the hypotheses that underlined each given experiment.

She often gets positive feedback from the researchers about the iPathwayGuide analysis. She adds: “They, they were amazed by what they printed out and how comprehensive the results were – such a thick stack of informative reports. They were impressed by the output, the amount of information, and the interactive graphs. The presentation looks very pleasant and is very comprehensive. Keeping them happy and productive is important.”

iPathwayGuide is funded through the Core facility budget. Wei believes that this is an essential part of the budget and that it is mission critical to the researchers.

Wei says that Karmanos also has access to Ingenuity from a competitive company. She says that it is very expensive and does not offer the quality of output of iPathwayGuide and is not as fast in producing results as iPathwayGuide. “With only a couple of clicks, I generate a very nice package of results” she says. And then, with another click she sends it over. She also really prefers the meta-analysis of iPathwayGuide. She says that she now only uses iPathwayGuide for this multiple-experiments type of bioinformatics analysis.

Finally, when asked what she would tell other core facilities about Advaita, Wei says: “Advaita is more cost effective than competitive products and, for the output, it does saves a lot of time. You don’t have to come up with your own report, write-up and conclusions. It does a superior job of finishing the analysis for you. It’s just better.”