University of Delaware’s Biological Sciences Department is an academic department built around the usual pillars of what academic departments do, which are teaching, research, and service. Dr. Melinda Duncan is a tenured full professor in the department. She has a Bachelor’s in chemistry with a minor in physics, a PhD in biochemistry, and she has been a faculty member at the University of Delaware for over 25 years. As many faculty, her job involves teaching, service and administrative appointments but one of the most important aspects of her job is her research. Her relationship with Advaita is related to this research component of her professional activities. She performs research in the areas of lens and eye development, cataract surgery and wound healing, and innate immunity. Her research group includes 12 people and uses Advaita software platform to understand and interpret their experimental data. Even though only four members of her team use Advaita’s software on a regular basis, most researchers in her laboratory have accounts on Advaita’s platform and they use them to access and peruse the results obtained from the software. 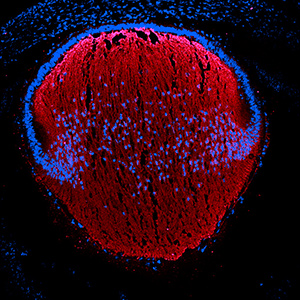 Prior to finding Advaita, she was using a competitive product but found it prohibitively expensive. It also had severe licensing limitations which did not make it easy or effective for her bioinformatics team needs. She states” “I was writing a paper four years ago where I could even just look at the data and know what the general result would be from a bioinformatic analysis, just because I’ve been looking at gene lists for so long. But I couldn’t do any of the statistics or anything. And for me to do that with the product I was using before would have been just extremely costly”, She continues: “the biggest issue with that product is that once you do the analysis, you essentially have a seat to look at the analysis and you have to have an active seat to even go back to old analysis. With Advaita, you just pay for the analysis and you can go back anytime… I can send it to my collaborators. They don’t have to pay for it once I paid for it, and I can go back and look at an analysis from two years ago and don’t have to repay for it unless I want to update it with the most recent annotations available. So, that was the big thing. For me to have done the particular analysis I needed with open-source software was just taking me enormous amounts of time. And I still say that that first Advaita analysis — and I paid a couple of hundred dollars for it — was the best dollars that I have ever spent in science.”

She says that she was googling for a new solution and Advaita just popped up. She says that she was just looking for all sorts of possible alternatives. The couple of hundred that she spent on that first Advaita analysis just solved her problem on that very day. She adds “That was great.”

She says Advaita just lets her “get the damn analysis done.” She says that “she took the output and plopped it into the paper and it was done” while she had been struggling with how to get that piece of data without basically breaking the bank. She adds: “What’s really nice about it still is… we can run an analysis and send it to a collaborator and they can play all day. And there is none of this nonsense about ‘having another seat’ that the competition is requiring. I mean, that’s the biggest thing.” She adds that she has certainly spent more than a couple of hundred dollars with Advaita since then, because she has become a subscriber, but it has been a great investment, particularly when compared to the software platform they used previously.

Melinda and her team often publish papers and use Advaita iPathwayGuide to analyze the data for those papers. She says that she has 2-3 such papers under review right now. Getting the analysis done correctly is essential to publishing her work. 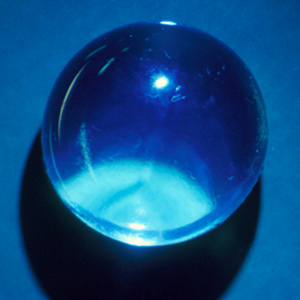 Melinda enjoys the top-quality service that Advaita provides. She says that it is clear that the company has qualified people to train users, answer questions, help with analysis and that they truly care about the success pf their customers. She likes that about Advaita. She says that her conversion from a competitive product to Advaita was seamless, and that the team were productive right away.

The University of Delaware has a core bioinformatics team, but Melinda and her team prefer to do their own bioinformatics analysis with Advaita’s platform and other tools. They believe that they are closer to the kinds of research that they do and Advaita makes the data analysis easy for them to understand.

In summary, Melinda says: “I would definitely recommend Advaita to other organizations. No product is perfect, but Advaita iPathwayGuide serves our needs very well, allows for flexibility and does not cost a huge amount of money. This is an excellent choice for a department like ours.”