The Biomedical Informatics Shared Resource at Columbia University, at the Cancer Center, performs bioinformatics and biostatistical analyses in a variety of areas, but mostly in the interpretation of gene expression. The organization helps researchers analyze their data to understand the mechanisms of cancer and other diseases, and to understand the molecular mechanisms of biological processes not directly related to disease as well. It has supported scores of labs over the years . 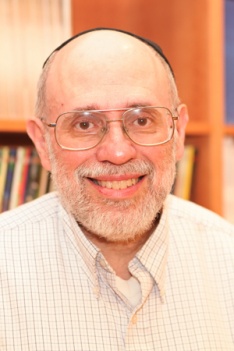 He has been using Advaita’s iPathwayGuide and its predecessor tools for several years. According to Richard, the problem that iPathwayGuide solves is the interpretation of high-throughput experiments. Many PIs analyze gene expression, comparing different conditions, disease and non-disease with gene expression and this can get hundreds or thousands of differentially expressed genes. They need to interpret the phenotypic differences between these conditions. For instance, what causes the disease, or what the knocked-out gene does. And the best way to do that is to divide that into the relevant processes, discover the relevant pathways and the relevant gene ontology categories. And more recently, the relevant upstream regulators, in order to cut the puzzle down to usable pieces to formulate hypotheses. Richard says “iPathwayGuide is the best at this”.

Richard goes on to add: “We can have hundreds of genes, or we can have thousands of genes. I don’t know what all of them do. I look at the list. It’s too much for me. I cut it down to the top 10 pathways. I cut it down to gene ontology categories. In collaboration with the experimentalists I support, we pick the most relevant ones, and we formulate hypotheses as to how the biological phenomenon takes place, for instance the disease, or the effect of knocking out a gene, or the action of a drug. iPathwayGuide’s pathway analysis works differently and better than other available systems of which I’m aware.”

Richard says that iPathwayGuide gives him a lit-up map of those events. And from that, he can read up on them, and formulate a hypothesis as to the mechanism of how the disease works, or how the gene that’s knocked out works, or how the drug works. He says that the single most important thing it does is, it enables him to formulate falsifiable mechanistic hypotheses and not just give a list of suspect pathways.

Richard says: “I think of it in terms of causality of mechanism. Not that a bunch of genes are together, but how they work together, and also providing missing links. There’s a tendency in this field to say, after they do this kind of analysis with some of the other software, that a certain gene set is involved in the process. This is like a detective in a murder mystery finding out what gang committed the murder, and limiting it to like 20 to 100 suspects, but not finding the individual, and not finding how the murder took place. What iPathwayGuide does is that it finds the mechanism and finds intermediate non-suspects to help us identify the actual process, and it helps us develop hypotheses we could not otherwise develop.”

Richard adds that this is “mission-critical” to his organization and to how he defines his role. He adds that: “When people ask me for pathway analysis or gene set analysis, they sometimes just want the list of genes or the pathway. They don’t want the causality. But often I am in situations where the investigator compared conditions, and said, “Let’s explain it. Explain this!” And this is the only way I could do it. Just doing a heat map will not give us a paper.”

He says that iPathwayGuide easily allows investigators who wish to perform further hypothesis generation and exploration to do so on their own. He says that some do and some want him to do it. It depends on the priorities, preferences and time considerations of the individual investigator. With iPathwayGuide, Richard has the flexibility to empower his PIs if they wish to do so. He says that he sometimes gets involved not just because of his computer skills, but because of his conceptual ways of looking at processes that are different from those of the more phenomenologically oriented biologists. He adds: “I respect these people tremendously. They do things I could never do, but I offer a complimentary way of looking at processes.”

Richard says that he often gets positive comments from his researchers. They are very pleased with the quality of the analysis, the visual results delivered and the value-added services that he can provide. He adds that he used iPathwayGuide to contribute as a co-author to over 20 published research papers, while providing analysis results and support for countless others.

He also compliments the service provided by Advaita. He believes that it is essential that support people are not simply computer/IT support people but rather they truly understand bioinformatics extremely well. They also pay attention to his individual needs and his individual questions. He believes that Advaita provides high-quality and prompt service, which he appreciates.

Richard’s core charges his researchers for his work and does not charge extra for each use of the program. He believes that this policy benefits the researcher since he can do far more without asking for authorization for each iPathwayGuide run.

As a reference, Richard says that he would definitely recommend Advaita’s iPathwayGuide. He adds that the product has produced unique value for him and his researchers and is a worthwhile investment for the organization.