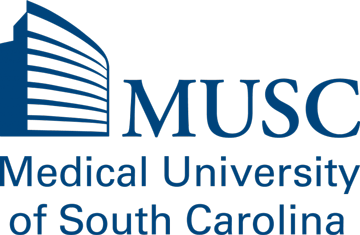 Medical University of South Carolina (MUSC) is South Carolina’s only comprehensive academic health science center. Its purpose is to preserve and optimize human life in South Carolina through the vision to lead health innovation for the lives it touches.

Ludivine Renaud has a Bachelor’s degree in marine biology from the College of Charleston, a Master’s degree in environmental science from the College of Charleston and a Ph.D. in molecular and cell biology from MUSC. She is currently a researcher in medicine, prior to that she was a post-doc at the Bioinformatic Core at MUSC. The Core is how she first became aware of and used Advaita. She was introduced to iPathwayGuide through her previous boss, Dr. Hardiman, who was a fervent user of Advaita. Every client that would come to the Core with RNA-Seq data, would have their data entered into Advaita’s iPathwayGuide and then be provided with a link to their results for further exploration. The Core served about 40 researchers.

When the university shut down the core facility and Ludivine became a researcher, she wanted to continue using iPathwayGuide from Advaita, so her new boss licensed the product for her use. “Interpretation of RNA sequencing data can be very big and complex. It is rather difficult to extract the biological significance of what we just got. I really like the pathway analysis, especially how easy it is to use, and the figures it generates are easy to publish. It is a powerful product that I use often and I publish a lot based on that.” She has added confidence in her publications based on her use of iPathwayGuide,

Ludivine says that she likes the flexibility of Advaita’s pathway analysis. “Much depends on what our research clients are looking for and how many groups they have to analyze. If they only had two groups then it’s just one analysis, if they had four to six different groups then you can do a lot of differential expression and meta-analyses with that”

While working at the core, she handled from the count to the differential expression analysis with DESeq. She then entered the differentially expressed genes in iPathwayGuide and then helped the researchers understand how to use Advaita’s pathway analysis. Sometimes she would help them interpret some of their data. Ludivine provided a comprehensive report, pointed out some major pathways that she thought would be interesting and then explained to researchers how they can explore so much more. Once they had a link, they could access their own results and re-analyze it anytime they needed.

While iPathwayGuide is powerful and comprehensive, it is very easy to use and understand. She has two favorite features; The first is how iPathwayGuide shows the KEGG pathway diagram. The color code blue for downregulated, red for upregulated and your own genes inside that pathway. It also has the perturbation cascades and the accumulation cascades as part of the advanced pathway analysis. “Those are amazing tools.” She also likes the network and the hub gene tab inside the network analysis because you can see the centrality of the genes and see which genes are more interconnected to others.

Ludivine finds the Advaita team great to work with and very knowledgeable in both product support as well as bioinformatics in general. She adds that recently she has had a lot of questions on the methodology since she is using the advanced pathway analysis functions. “I am using the accumulation and perturbation capabilities a lot, which we needed to describe in the material and methods of the manuscript. I asked Advaita people to help me and they did and then the reviewers came back with more questions. We decided to show them the formulas and everything and the Advaita scientists were extremely helpful with throughout this process.

She says that she always gets positive comments from clients and fellow researchers. She still helps people who were part of her client base at the core. She says that once she explains the basics, people understand what they need to do and how to interpret their individual pathway analysis results.

Finally, Ludivine says that she would highly recommend Advaita’s pathway analysis software to others. “The product is a great value, offers the functionality and power that I need, exceptional reporting and output with the right user experience.”